How To Fish A Chatterbait: The Complete Guide For Beginners

We are a participant in the Amazon Services LLC Associates Program, an affiliate advertising program designed to provide a means for us to earn fees by linking to Amazon.com and affiliated sites.

Professional anglers have long known the lures in one’s tackle box to be equally as important as the fishing techniques with which such lures are employed. Among experts, intermediates, and even novices, we all more or less share a common goal: to catch as many quality fish as we can during our fishing trips. In service of this common goal, the aim of this article is to provide an overview on the chatterbait, which is an indispensable type of fishing lure that all anglers ought to carry in their tackle box.

What Is a Chatterbait? 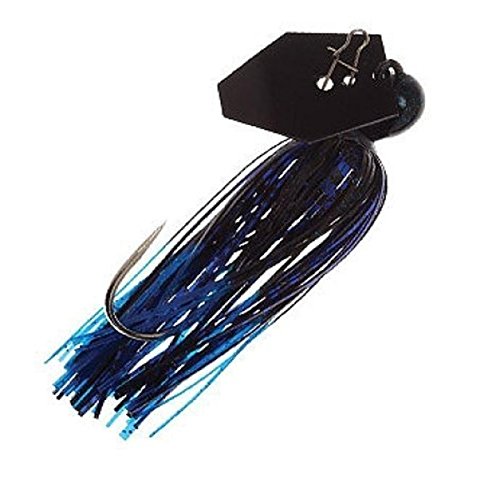 The chatterbait appeared on the fishing lure market after achieving repeated success in several bass tournaments in 2006. The chatterbait lure owes its success to its predecessors that made its realization possible. Producing the erratic movements of crankbait, emitting the reflectivity of a flashy spinnerbait, and displaying the large profile of a jig, the chatterbait embodies a conglomeration of features that have reliably achieved success in the fishing community for years.

In addition to infusing the properties of these highly effective lures, the variety of available sizes, weights, finishes, and configurations makes the chatterbait a versatile candidate for fresh and saltwater fishing.

When to Fish a Chatterbait

While the chatterbait is most effective in shallow waters where bass are active, there exists several exceptions to this general rule that apply to all five fishing seasons.

Throughout the pre-spawning season, when the water starts to warm, the bass start migrate toward coves and spawning flats. During this season, bass begin to feed in preparation for routine spawning practices. This presents a unique opportunity to use the chatterbait to target large females who are getting ready to move to bed.

During the spawning season, bass are usually located among beds. While the chatterbait is not ideal for bed fishing, especially in grassy areas where the water is dirty, the chatterbait might, nonetheless, be appropriate to use in situations where fish are visible in these bedded areas. Under such circumstances, the chatterbait can function as an effective search bait during sight fishing.

The chatterbait may also be used effectively in the post-spawning season, when large female bass are in the process of moving from spawning flats to areas for summer dwelling. During this period, females will usually migrate to the closest areas from the spawning flats that offer them some kind of cover. In areas where females may seek this sort of cover in shallow waters covered in thin layers of grass, the chatterbait can be an effective means by which to hook large females.

As those who have tried know, bladed jigs are especially prone to break in areas where thick layers of grass have formed. While these are normal conditions for the summer season, there are ways that one can use the chatterbate effectively. By circumventing these weeded areas by targeting their outer-linings, the chatterbait can be a great way to draw fish out of this heavy over as well as hook those who are hanging out along the edges. Under such conditions, we recommend that you slowly reel the chatterbait like you would a spinnerbait.

In the fall season, the bass will follow behind their food sources, especially shad, which tend to move into shallower waters. With the grass, which covered these shallow waters in the summer, beginning to wither away in the fall, these areas are particularly opportune for chatterbait fishing. When targeting these shallow waters to which the shad have migrated for the fall, we highly recommend reeling a baitfish colored chatterbait in a jerking motion over the dying vegetation.

How to Fish a Chatterbait

There are four general methods anglers have found particularly effective when fishing with a chatterbait lure: (1) Slow Roll; (2) Burning; (3) Ripping; and (4) Shaking. 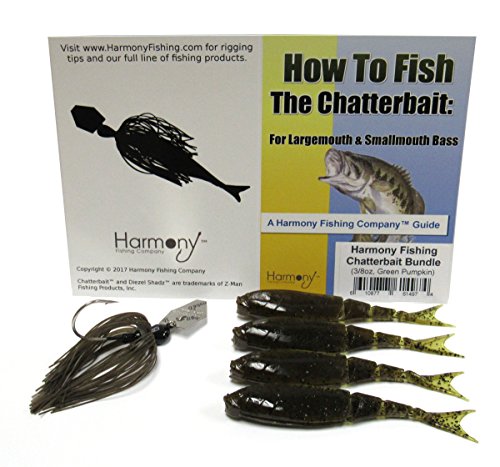 The opposite of slow rolling, the burning technique involves vigorously reeling the chatterbait at a rapid rate. When performed correctly, the chatterbait will flutter aggressively just beneath the surface, thereby creating the profile action of a bait fish fleeing danger. This technique is effective by way of exploiting the instinctive disposition of bass to attack vulnerable fish.

This technique is designed to provide a solution to unresponsive bass behavior. Anglers are often surprised when they learn about the frequency with which bass ignore their fishing lures. To remedy this problem, slowly reel the chatterbait around grassy vegetation and intermittently jerk the lure. If performed correctly, the ripping technique success by producing violent movements that can provoke bass who would have otherwise remained unresponsive.

In what is rather self-explanatory, this technique involves ‘shaking’ the tip of the rod up and down while reeling in the chatterbait lure. When conducted adeptly, this techniques produces a unique dancing-like action that bass find difficult to resist. Like the ripping method, the shaking technique can be an effective means for counteracting bass who may be unresponsive to more traditional forms of chatterbait movement.

Equally as important as choosing the right fishing lure is deciding the weight in which to cast it. For the majority of anglers, using a ½ oz. chatterbait is ideal for fishing in water depths that range from 6 to 8 feet. In such depths, the angler is able to keep the ½ oz chatterbait at an appropriate depth while also sustaining functional lure action.

If you do not know the depth of the water in which you are fishing, or you lack confidence in your ability to render an approximate judgment, begin first with the ½ oz. lure. If you find that such weight causes the chatterbait to function inadequately (e.g., frequently gets stuck in grass) move to the next lightest jig available (i.e., ⅜ oz. or ¼ oz.) and repeat the testing process until you find the weight most conducive to optimal jig performance. In situations where you want to fish the chatterbait 10 ft. or deeper, use the next heaviest jig available (i.e., ¾ oz. or 1 oz.) until the jig functions satisfactorily.

We have briefly described the nature of the chatterbait lure as embodying several features that characterize other lure forms. We have also specified the ideal situation to use the chatterbait to include shallow water in which bass are known to be active.

In conjunction, we have also surveyed the exceptions to this general recommendation in our discussion of bass migration behaviors across all five fishing seasons: pre-spawn, spawn, post-spawn, and fall. In these five sections, we offered recommendations regarding the best freshwater areas to fish the chatterbait for each season, as well as the best technique to adopt when utilizing the chatterbait.

As any fishing enthusiast upon honest reflection will agree, that initial jolt of adrenaline we experience upon hooking a fish creates an insatiable urge that motivates every cast. From the point at which we detect a bite to the moment we pull the fish out of water, the peaks and valleys of this exhilarating experience is what solidifies our love of fishing and makes it a lifelong endeavor.

The amount of fish us anglers catch during our fishing trips depends on several factors: season, location, time of day, casting/reeling techniques, and lure reel choice. While all of these factors are worth considering, the most important are those under which us anglers have the most control.

Unlike season, location, and time of day, us anglers have the most control over the lures we use and the ways in which we choose to use them. Like crankbaits, spinnerbaits, plastic worms, and topwater lures, learning how to use chatterbaits will help all anglers catch more fish and maximize the exhilaration of their fishing experience.

As a participant in the Amazon Services LLC Associates Program, this site may earn from qualifying purchases. We may also earn commissions on purchases from other retail websites.